Thought-provoking art was once again brought to Drogheda on Culture Night in the shape of Stefan Riebel’s text art on the billboard at George’s Square.

The artwork is part of the ‘dedication pieces’ series, a work which has been shown in numerous locations around Europe. For Drogheda, the following piece was selected to display

‘THIS IS DEDICATED TO THE DAY AFTER TOMORROW…..’

Stefan Riebel’s dedication pieces series consists of a number of textual propositions realized as modest poetic interventions that are at once poignant, ironic and whimsical.

These statements presented on windows, in shopping centres, on notice boards and in the street act as a dialogue between the sites of their display, the audience, and the empty space of possibility and longing that the text evokes. 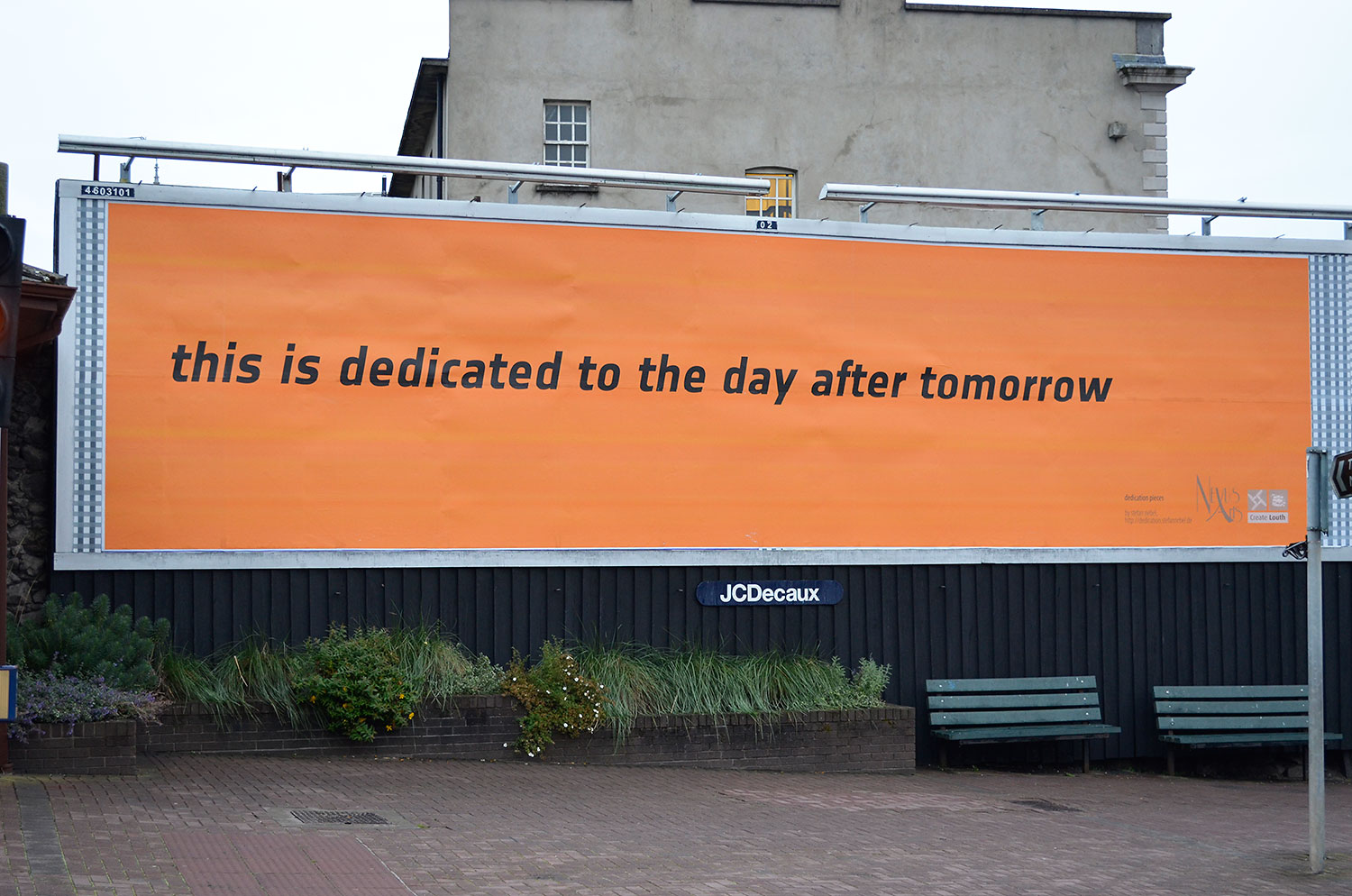 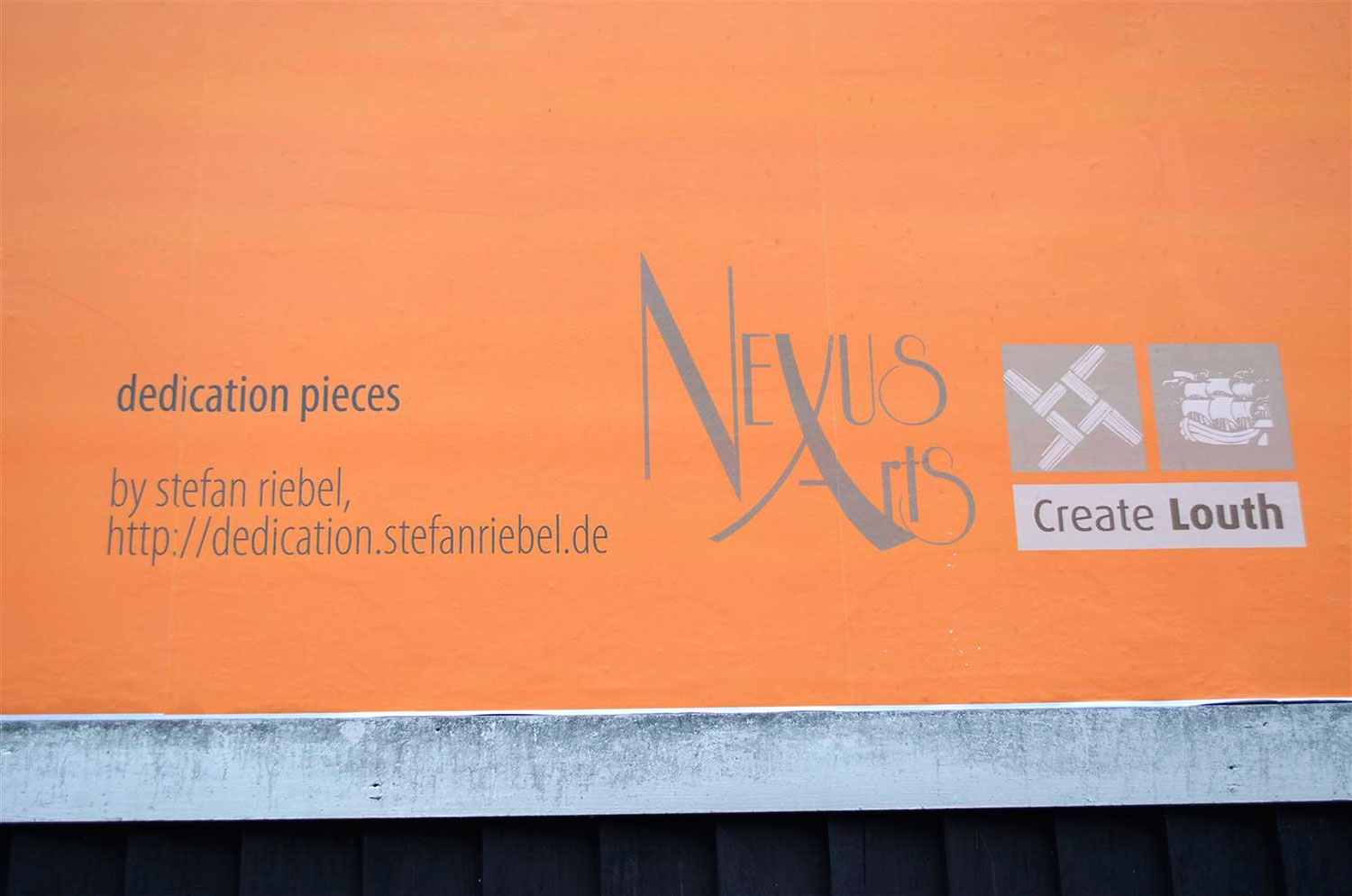