The concept for the third participation in the Drogheda Arts Festival was once again to create a corridor of artwork in internal and external spaces that linked the established event locations during the festival i.e. the Highlanes Gallery, the Droichead Arts Centre, the D-Hotel. The intention was to achieve this “Corridor” by working in tandem with the Drogheda Borough Council and the Drogheda Chamber of Commerce to display outdoor artworks, site-specific installation work and performance. Once scheduling of the festival was completed, an agenda of happenings was created in response to and linking with the other events organised during the festival period.

Visual artist David Booth created an evolving object/space of intrigue that both mirrored of the pop-up gallery and a site-specific 3D construction of wood, wool & tape. David interacted with the public space and the mirrored interior of the gallery to create an ever expanding and mutating structure that questioned the very nature of reality and our perception of place. His work is known to puzzle and entertain and proved quite the alluring sight/site during the other street-based activities.

Site-specific curation outside of the pop-up gallery, 2012, Drogheda. Curated for Drogheda Arts Festival. 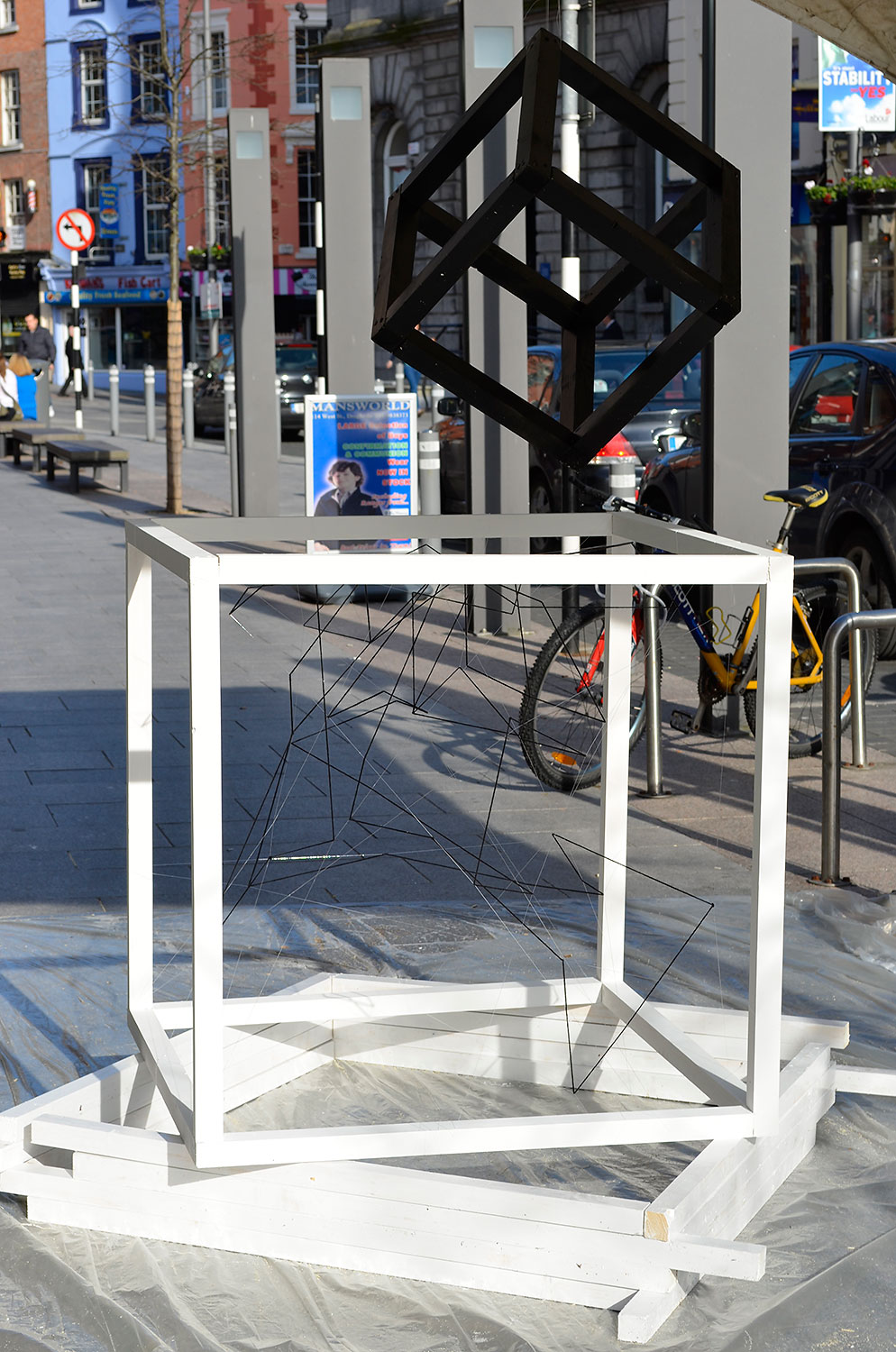 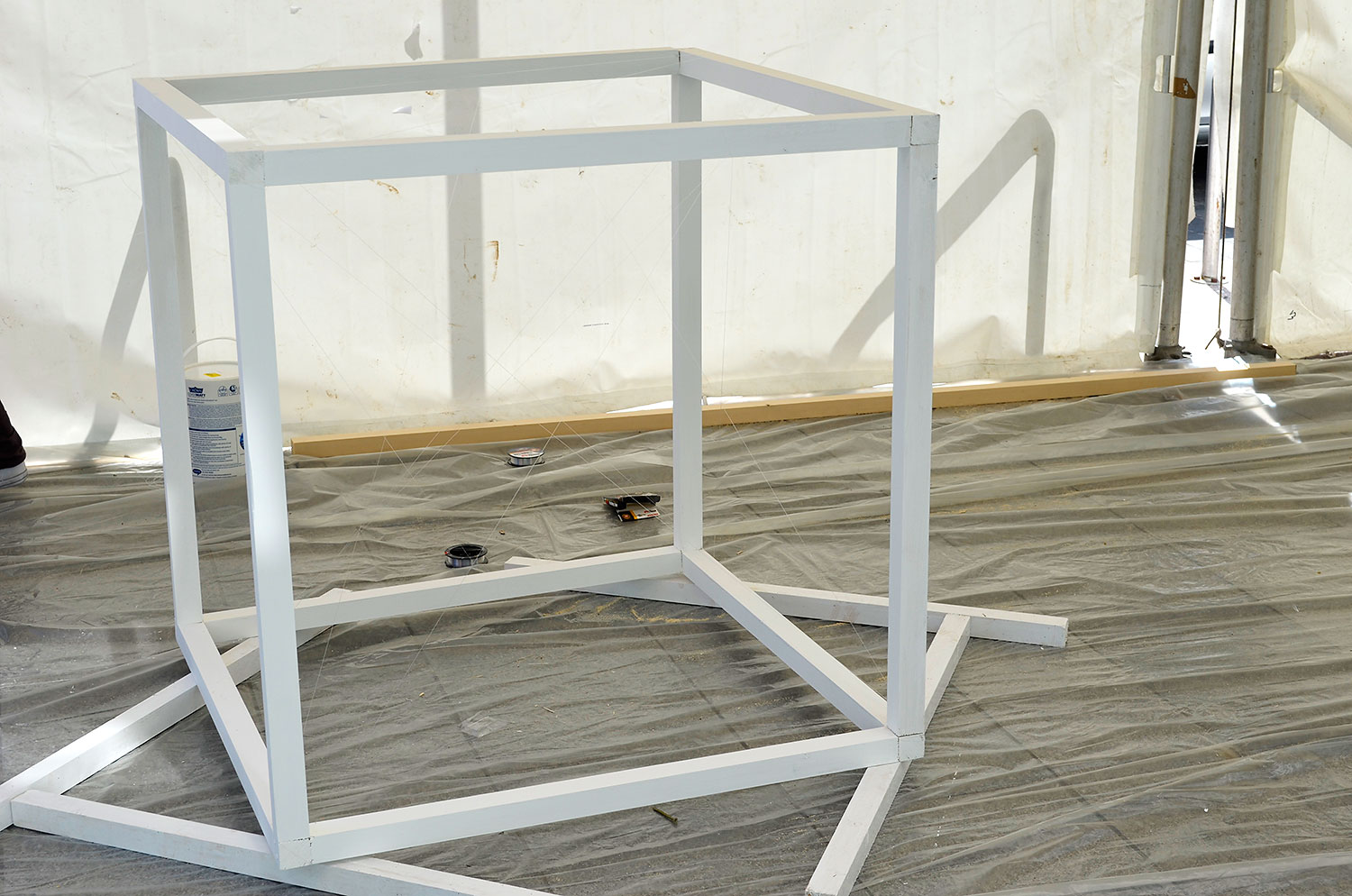 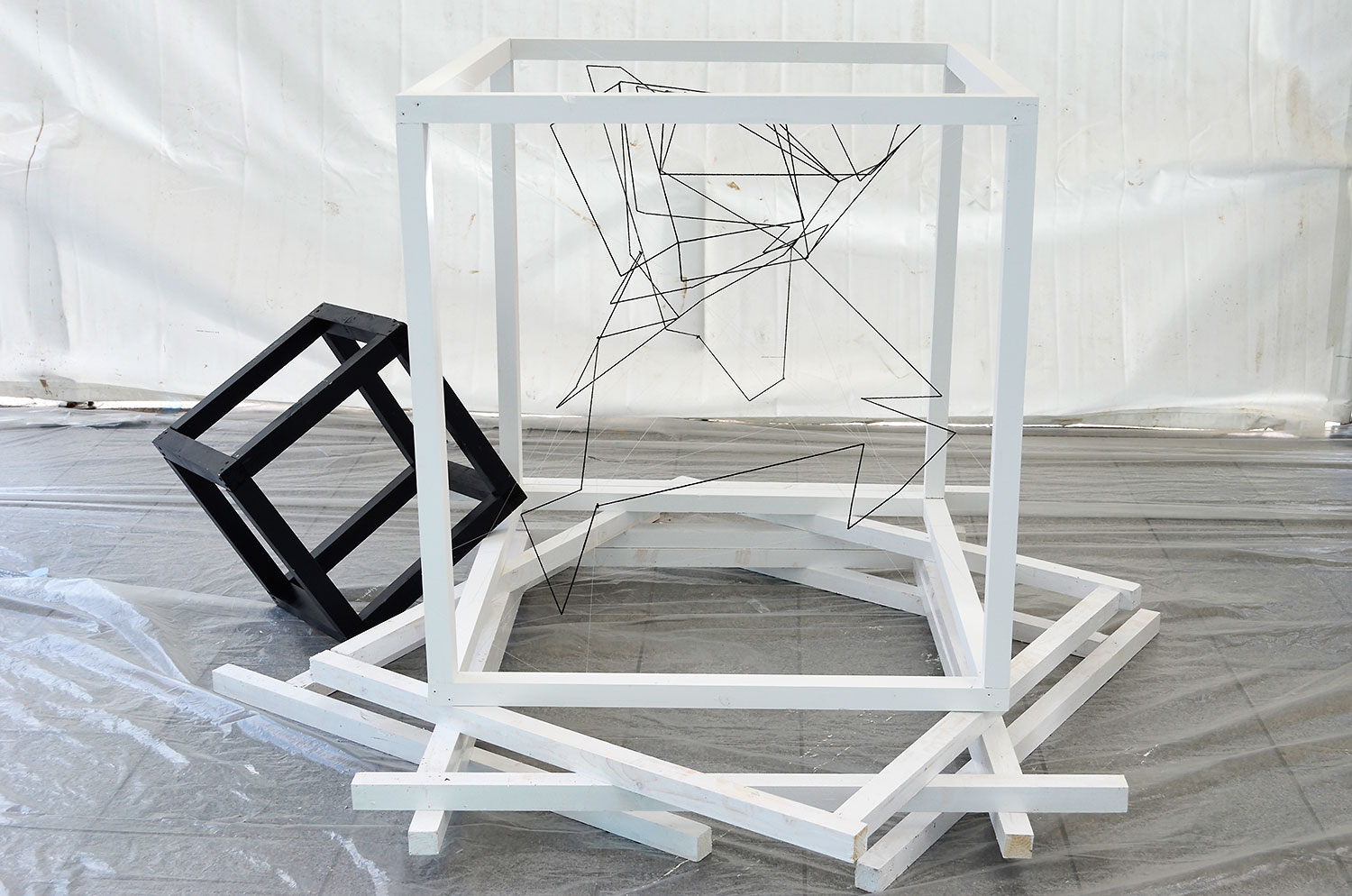 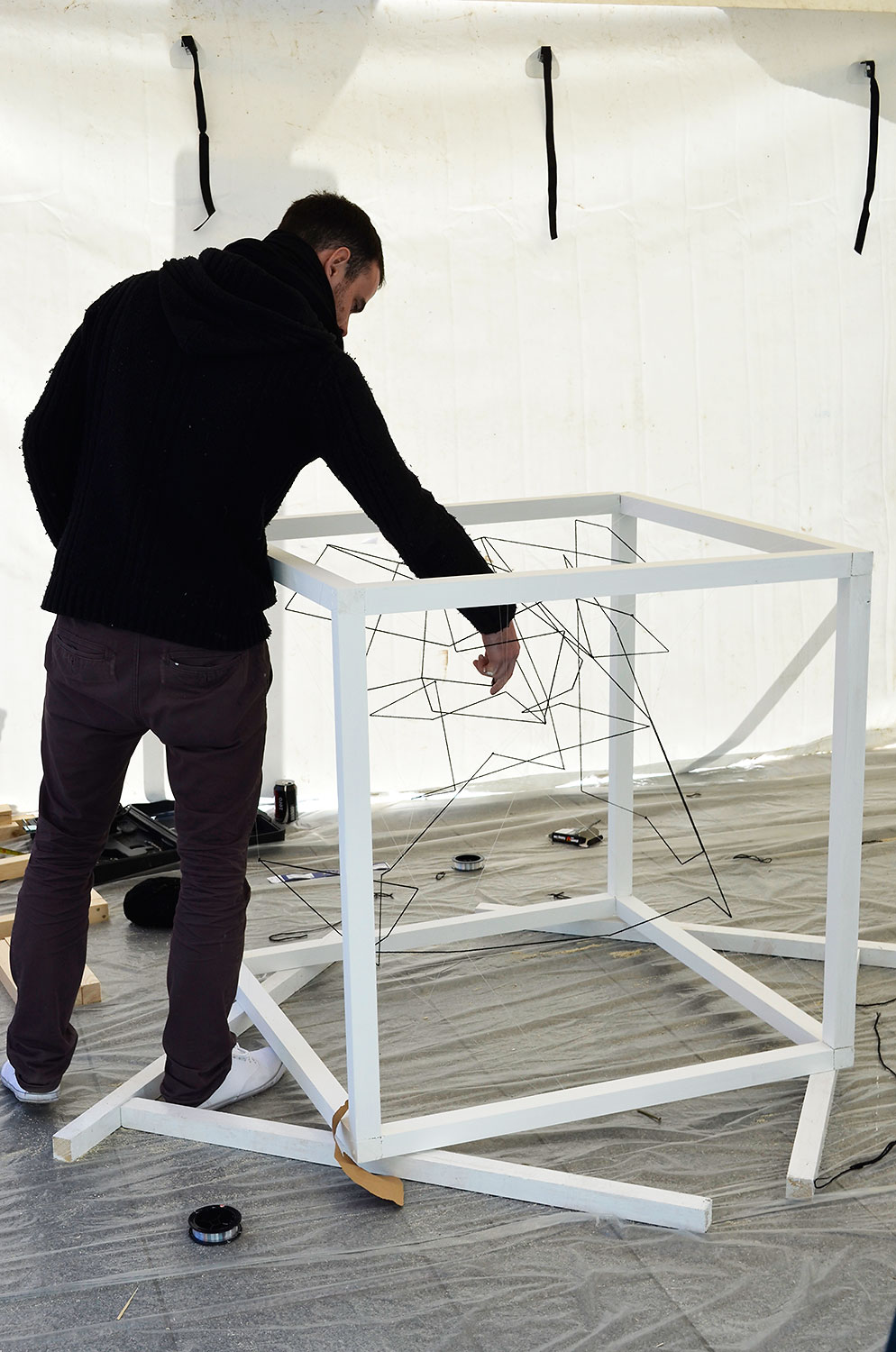 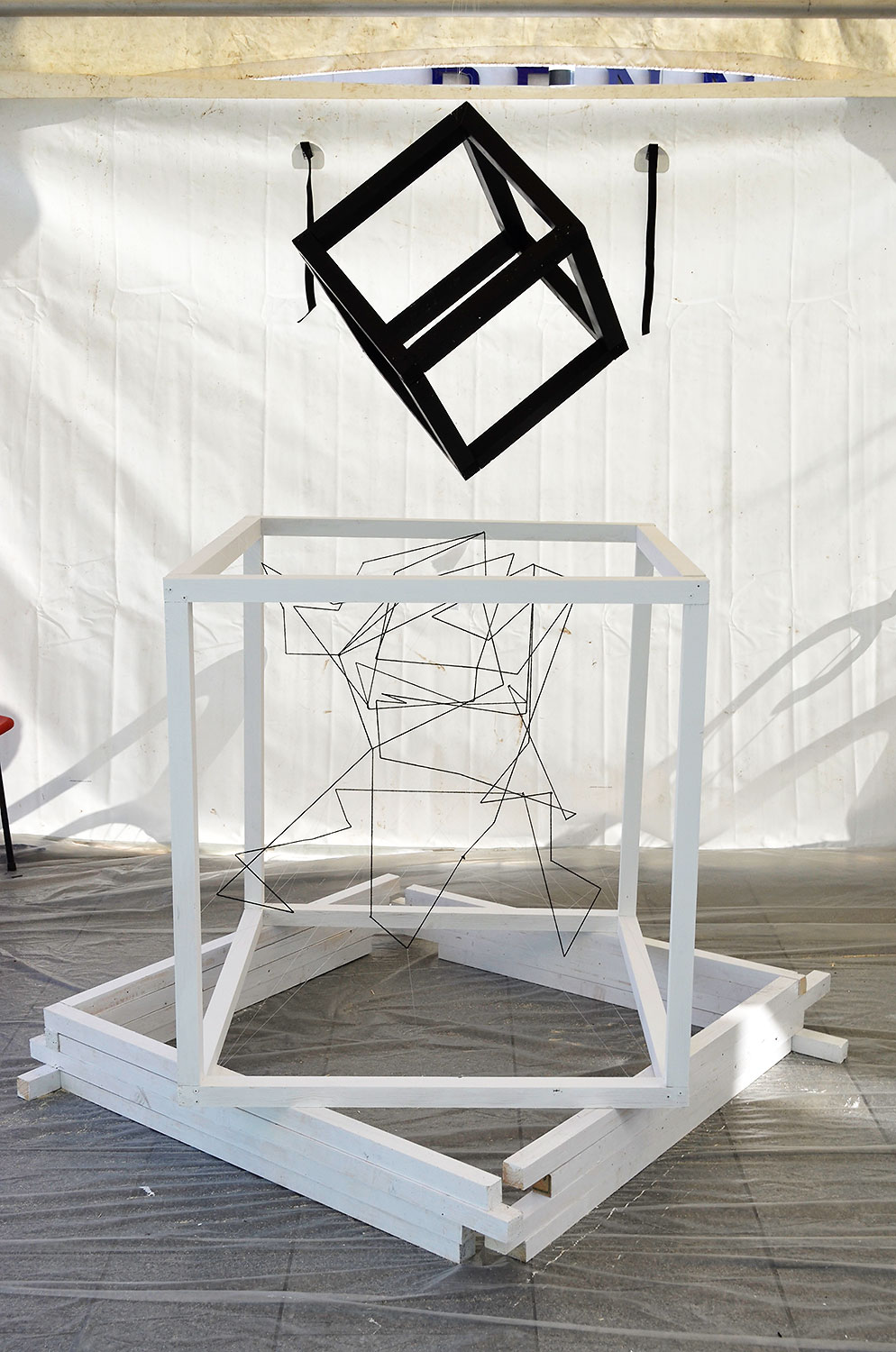 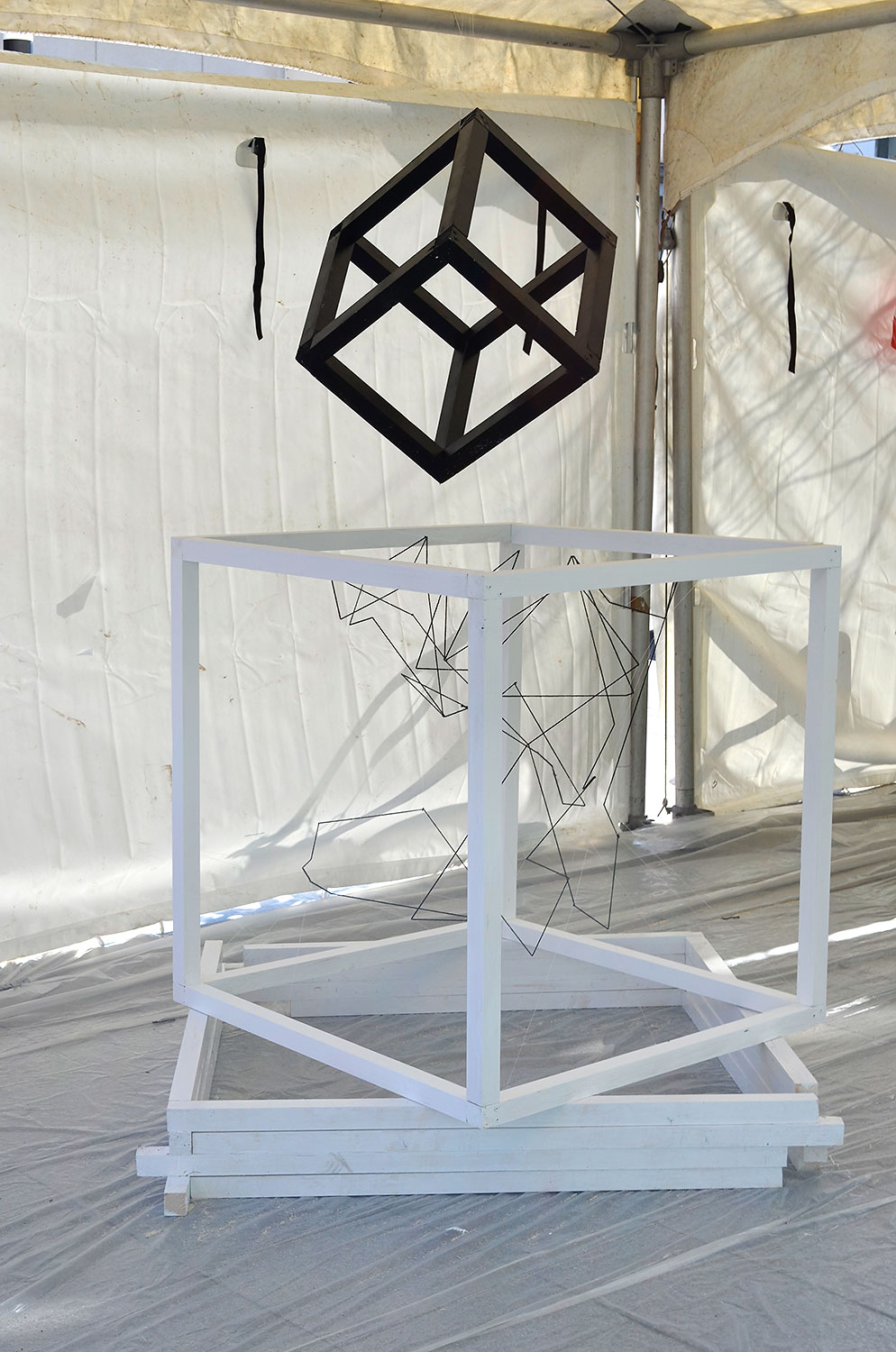