Coinciding with and as a closing event for the 40-year retrospective exhibition ‘Lost for words’ by Gee Vaucher, a performance night was hosted of poetry and music by ‘Crass’ founder Penny Rimbaud and musician Louise Elliott.

Penny Rimbaud is a writer, poet, philosopher, painter, musician and activist. He was a former member of the performance art groups EXIT and Ceres Confusion, and in 1972 was a co-founder with Phil Russell aka Wally Hope of the Stonehenge Free Festivals. In 1977, alongside Steve Ignorant, he co-founded the seminal anarchist punk band Crass which disbanded in 1984. From that time up until 2000, he devoted himself almost entirely to writing, returning to the public platform in 2001 as a performance poet working alongside Australian saxophonist Louise Elliott and a wide variety of jazz musicians under the umbrella of Penny Rimbaud’s Last Amendment.

In association with and curated at Droichead Arts Centre, 2012, Drogheda. 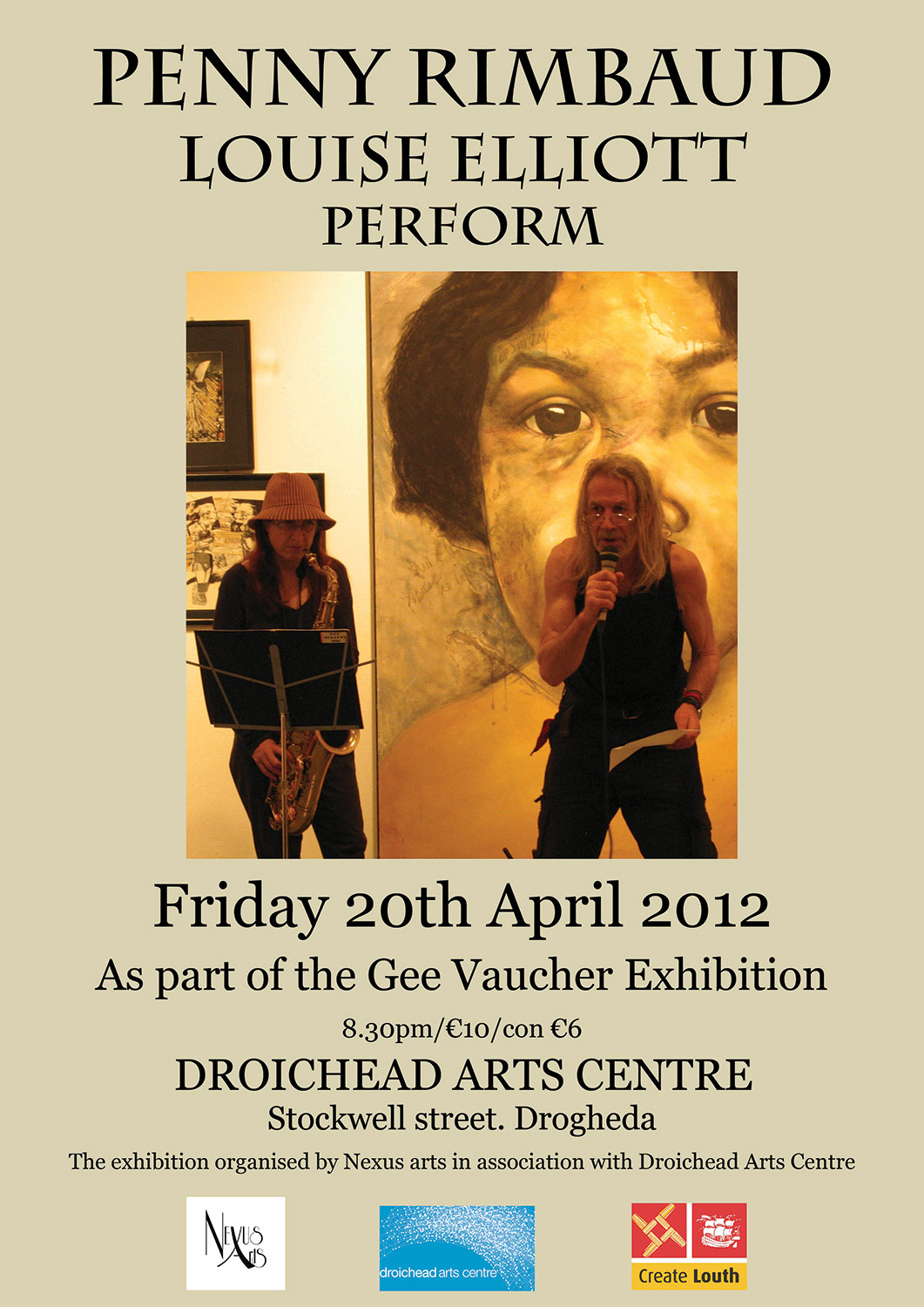