Street Art for the Masses

The concept for the second participation in the Drogheda Arts Festival was once again to create a corridor of artwork in internal and external spaces that linked the established event locations during the festival i.e. the Highlanes Gallery, the Droichead Arts Centre, the D-Hotel. The intention was to achieve this “Corridor” by working in tandem with the Drogheda Borough Council and the Drogheda Chamber of Commerce to display outdoor artworks, site-specific installation work and performance. Once scheduling of the festival was completed, an agenda of happenings was created in response to and linking with the other events organised during the festival period.

Stencil artists Noel Feeney and Dara Donoghue created a great spectacle on the street making live art for anybody and everybody who brought a carrier for potential work. The concept of this project was to get your personal piece of art made. The audience was asked to bring any object they had a personal affinity with and give the artists the opportunity to make it into a piece of art. People brought memorabilia, laptops, mobiles, old clothing, wellies and many more original carriers. Meanwhile, artist Declan Kelly worked together with a group of young people on two large scale paintings. The artists interacted with the public and the mirrored interior of the pop-up gallery, where the exhibition ‘I don’t know where I am’ by Adrian & Shane was on show. Thus a corridor of artwork in internal and external spaces was created to link the event locations during the festival including.

Site-specific curation outside of our pop up gallery, 2011, Drogheda. Curated for Drogheda Arts Festival. 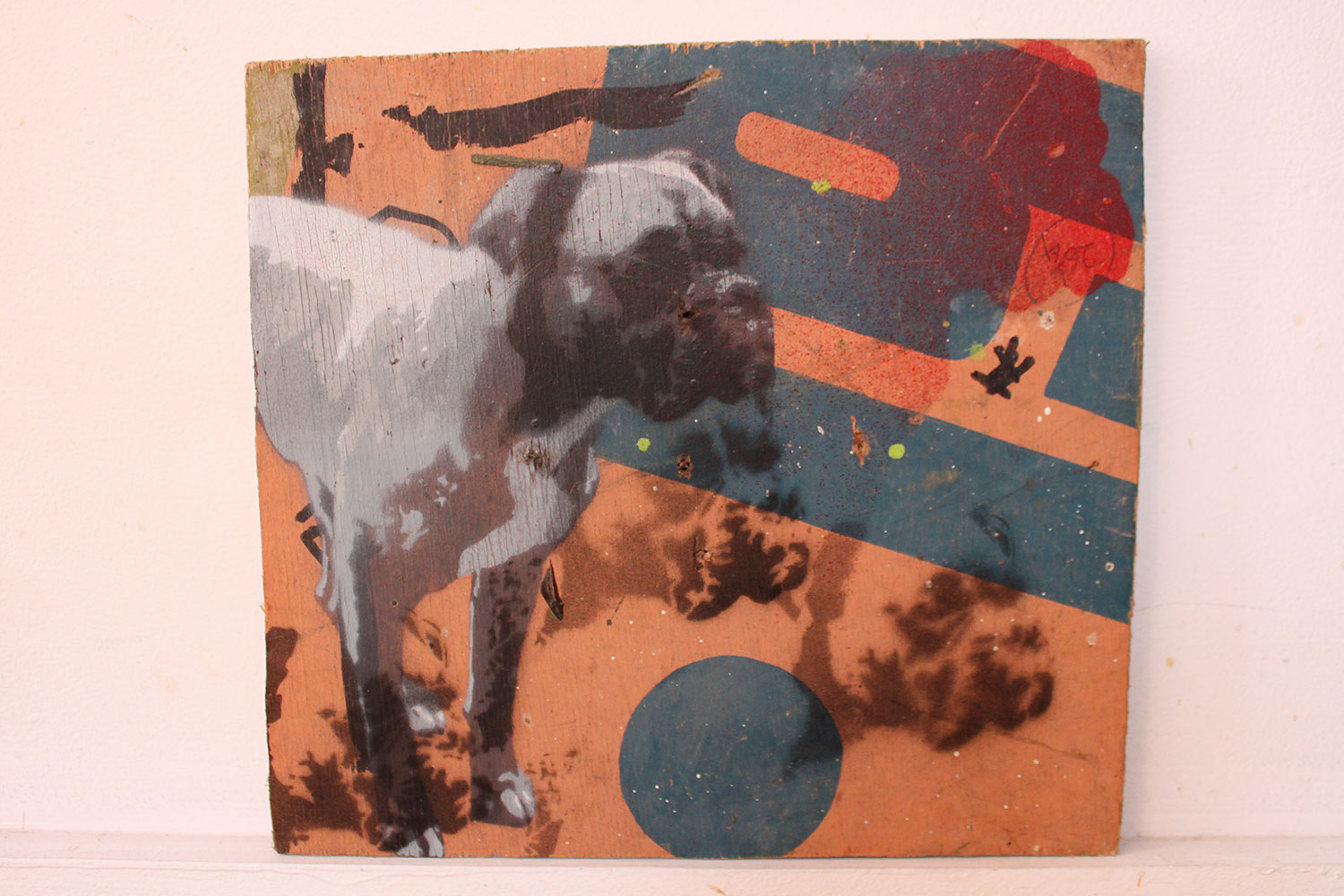 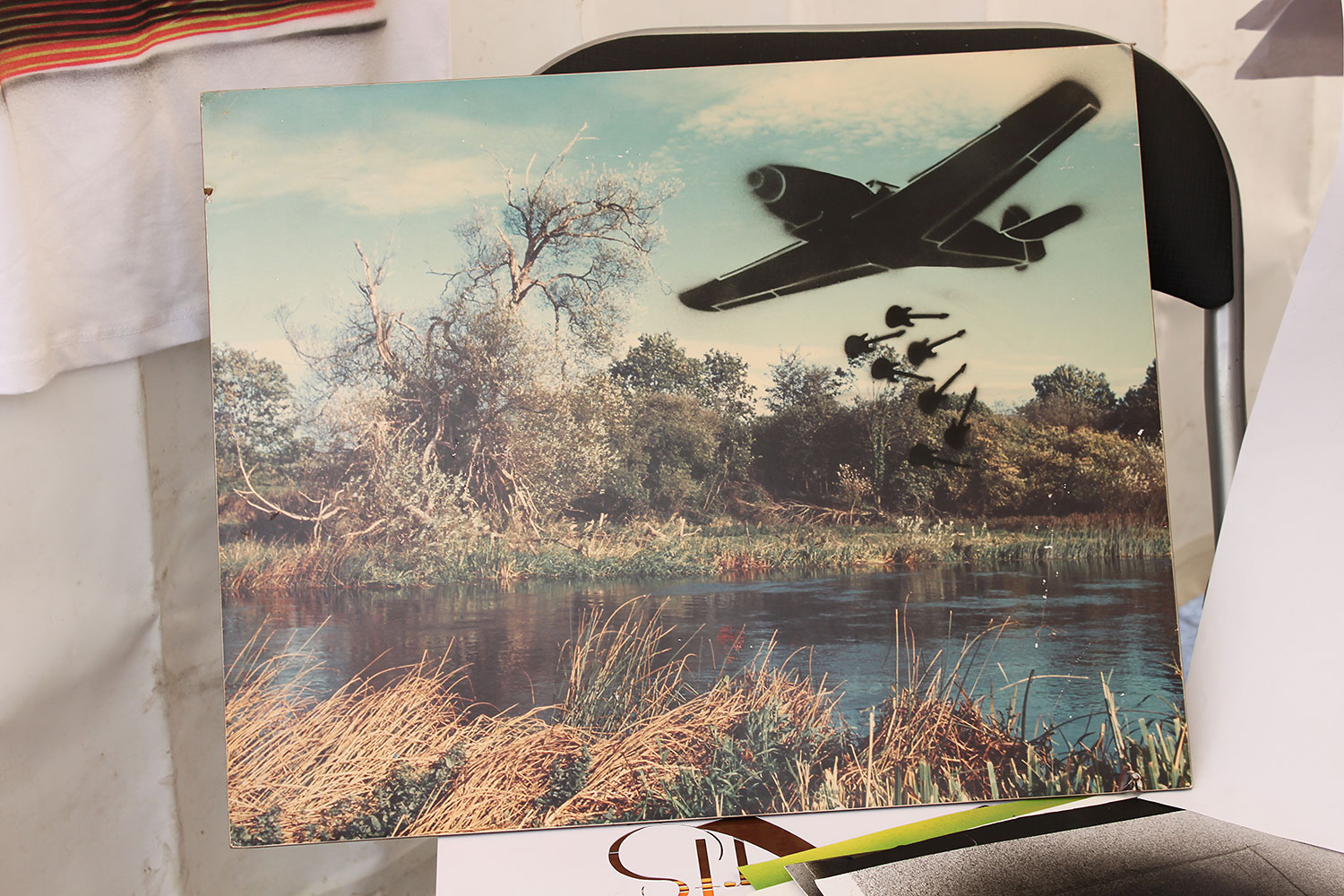 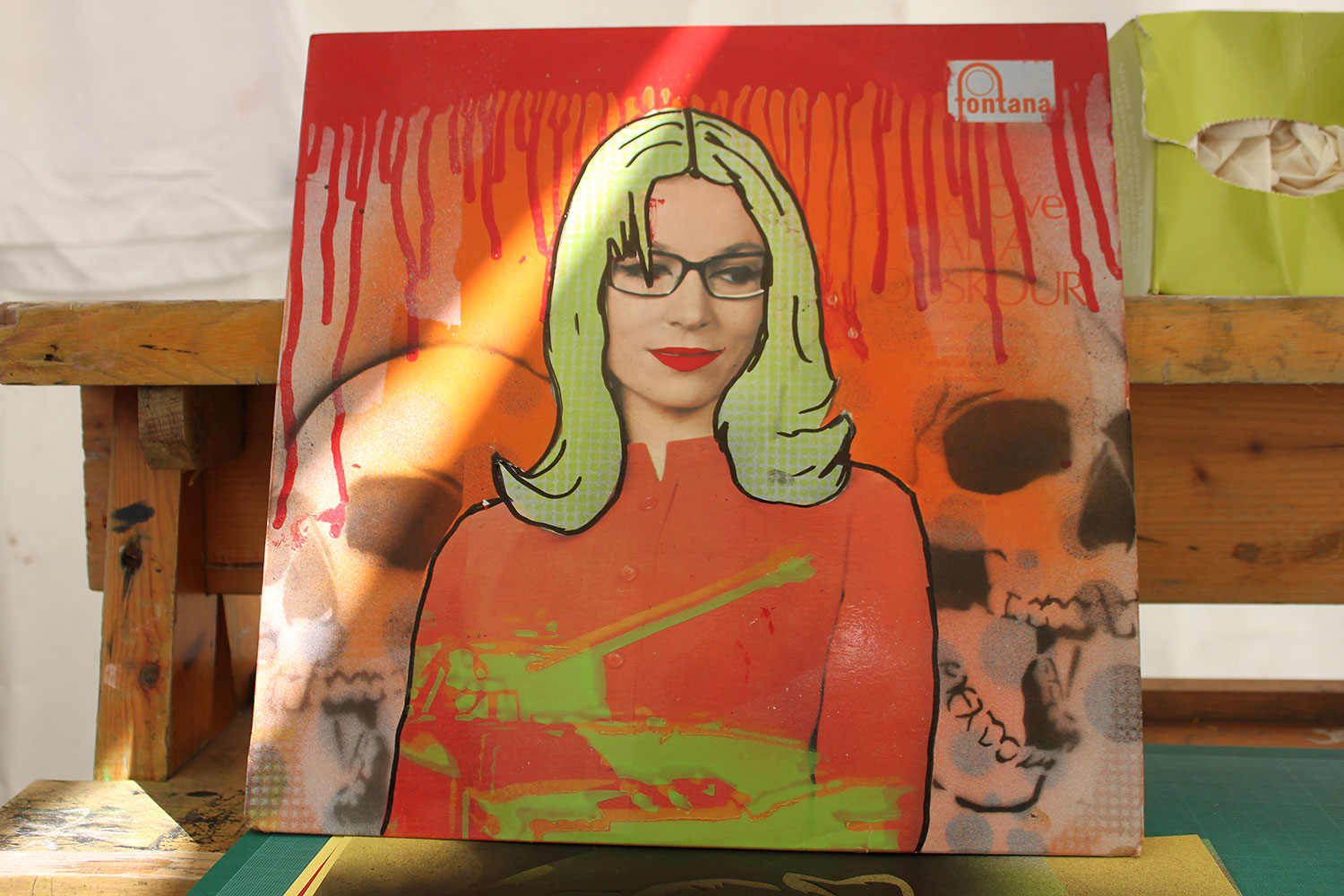 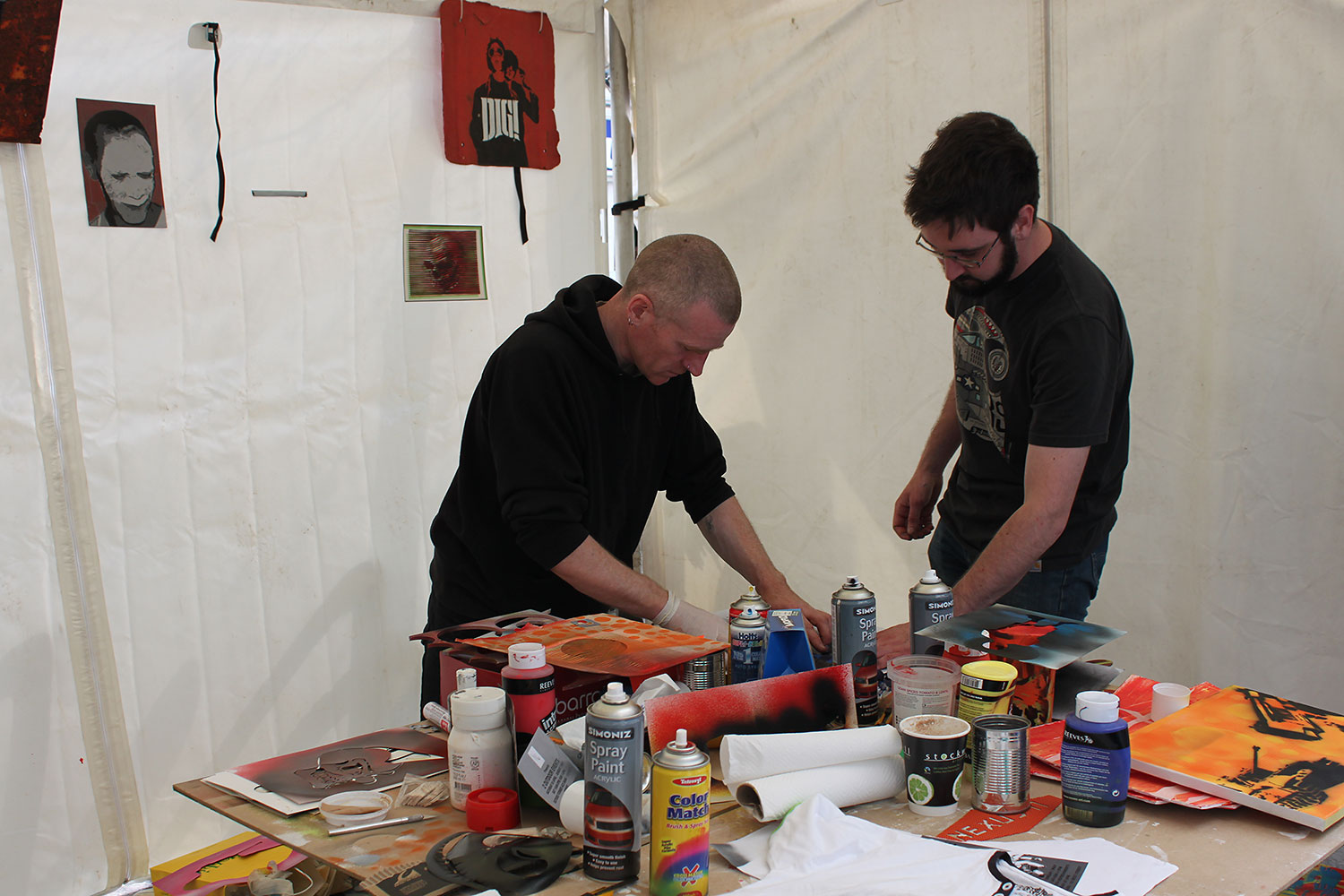 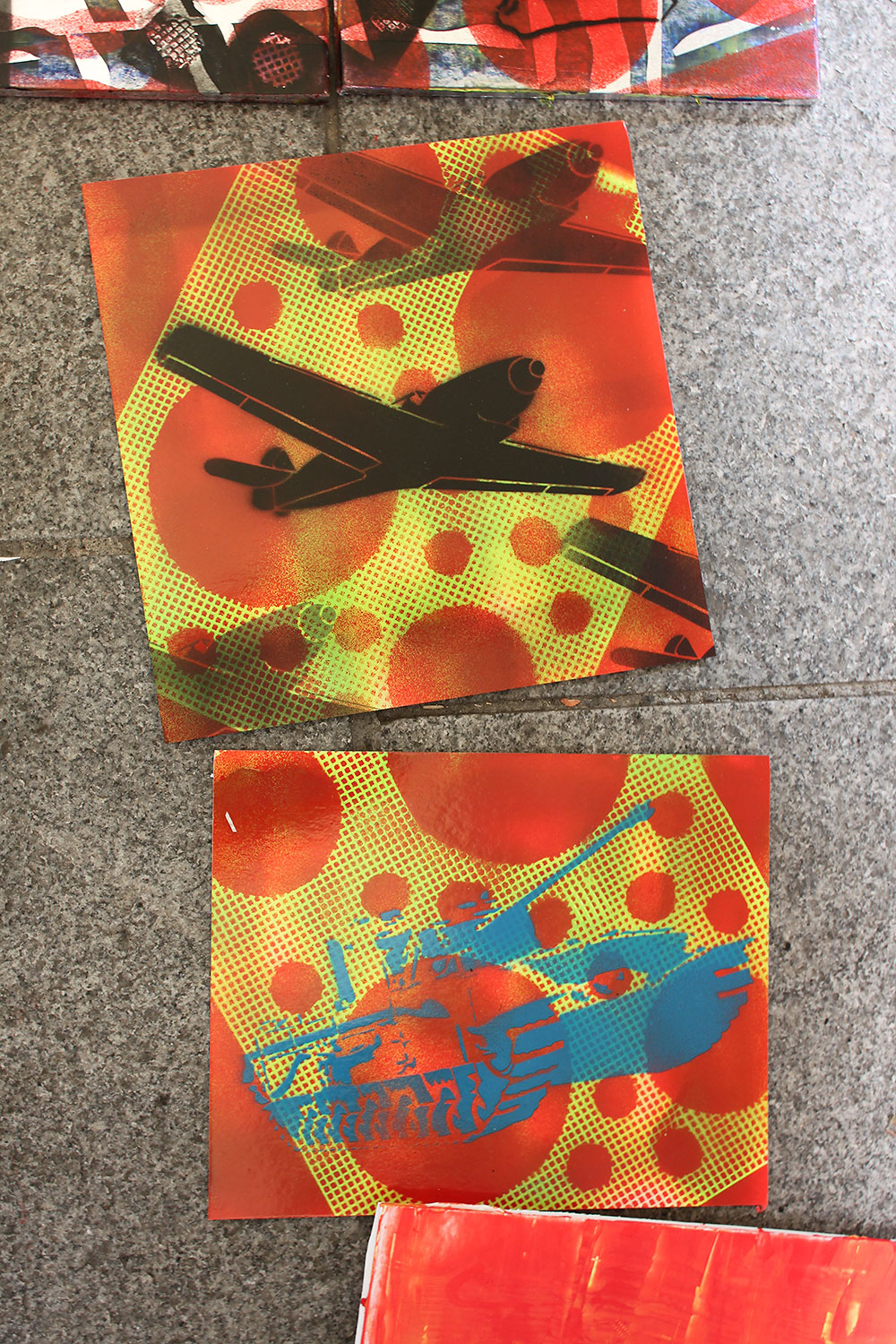 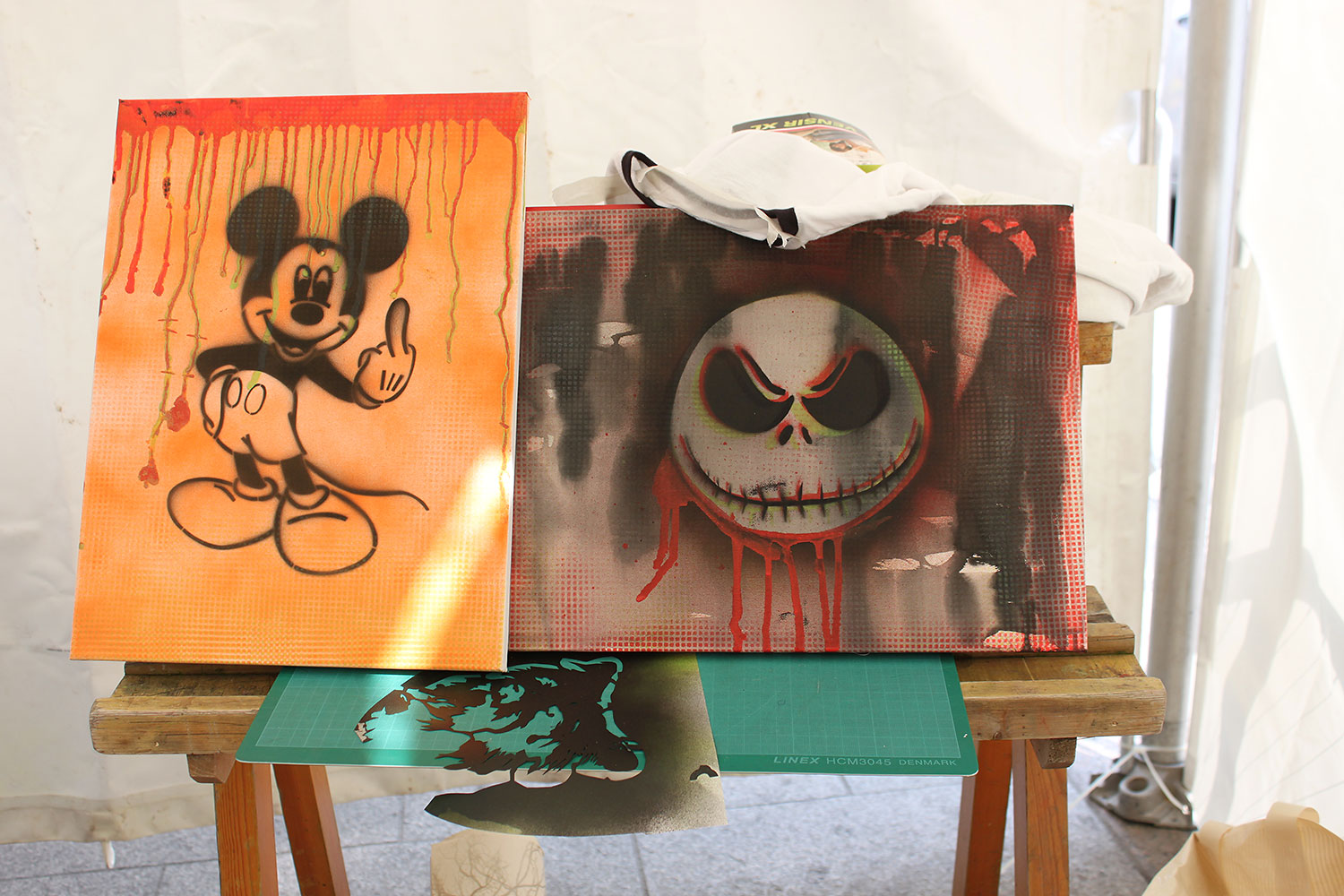 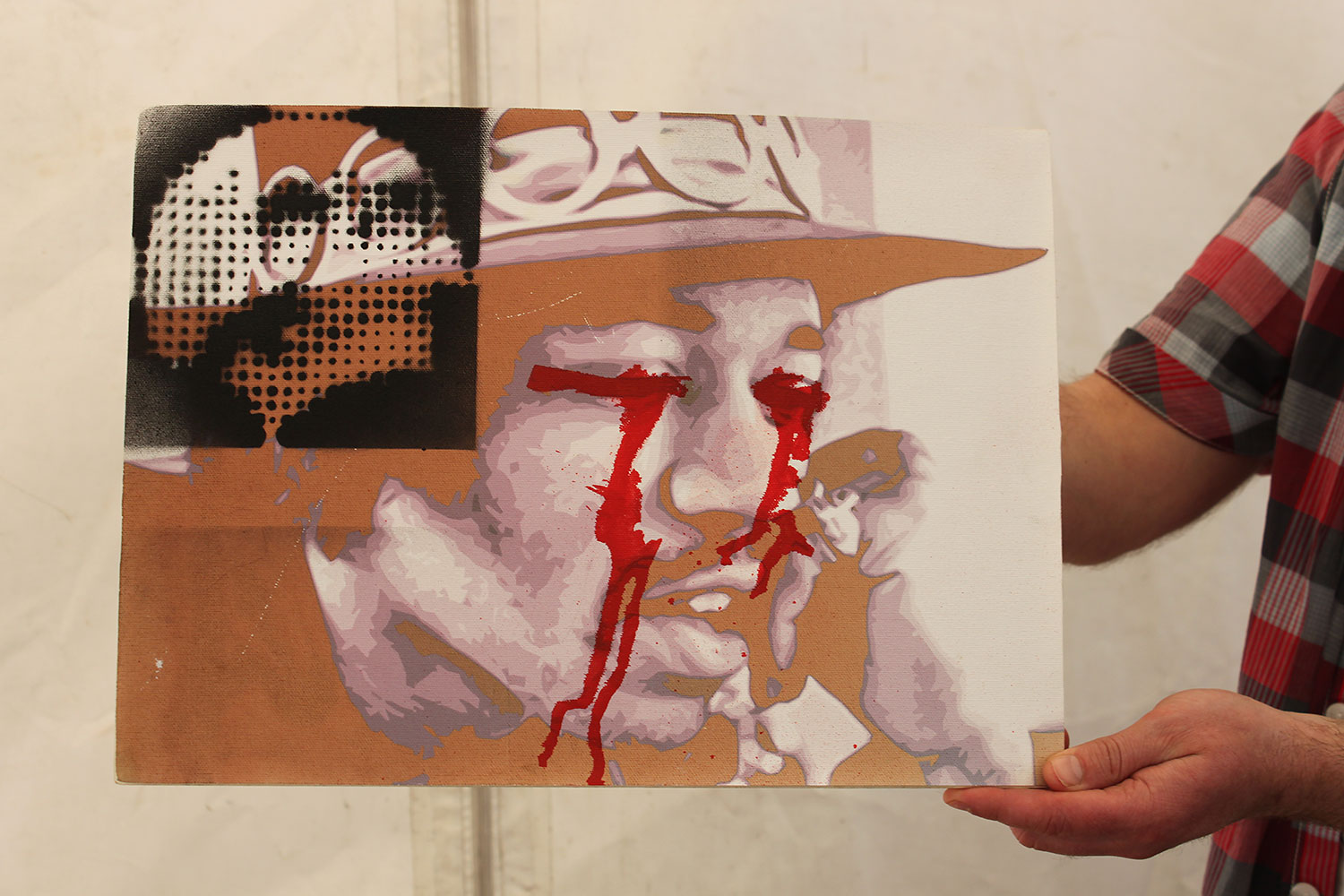 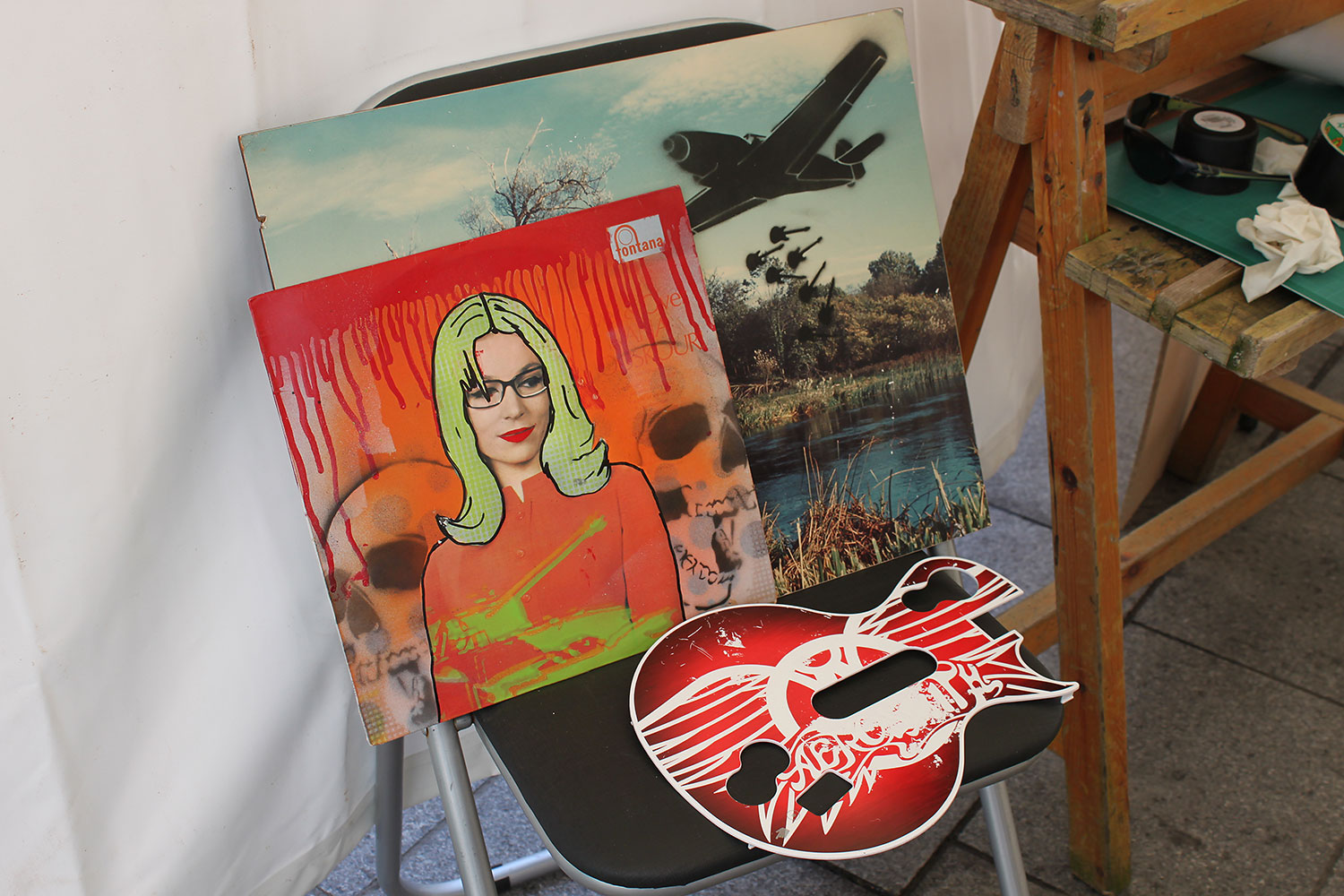 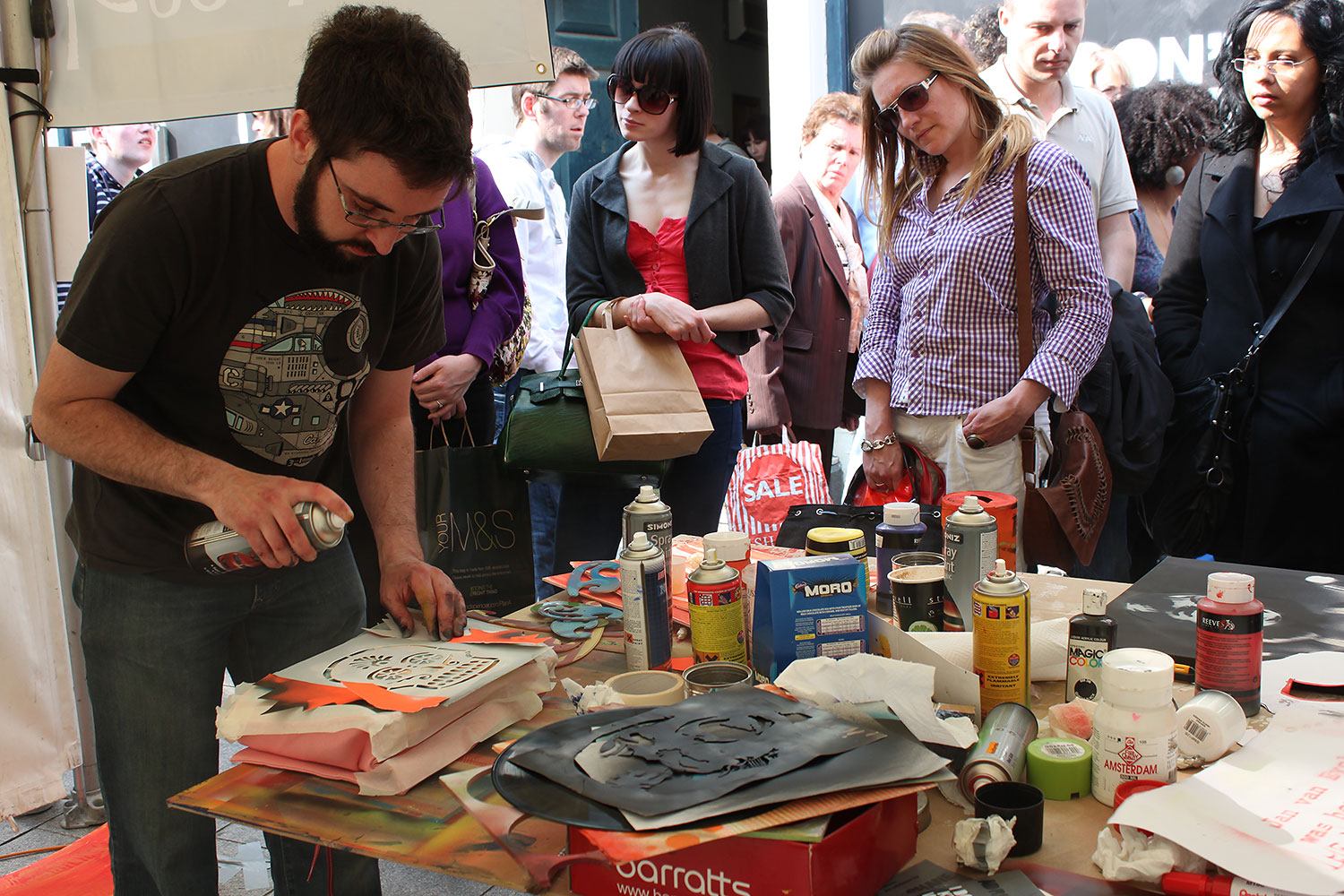 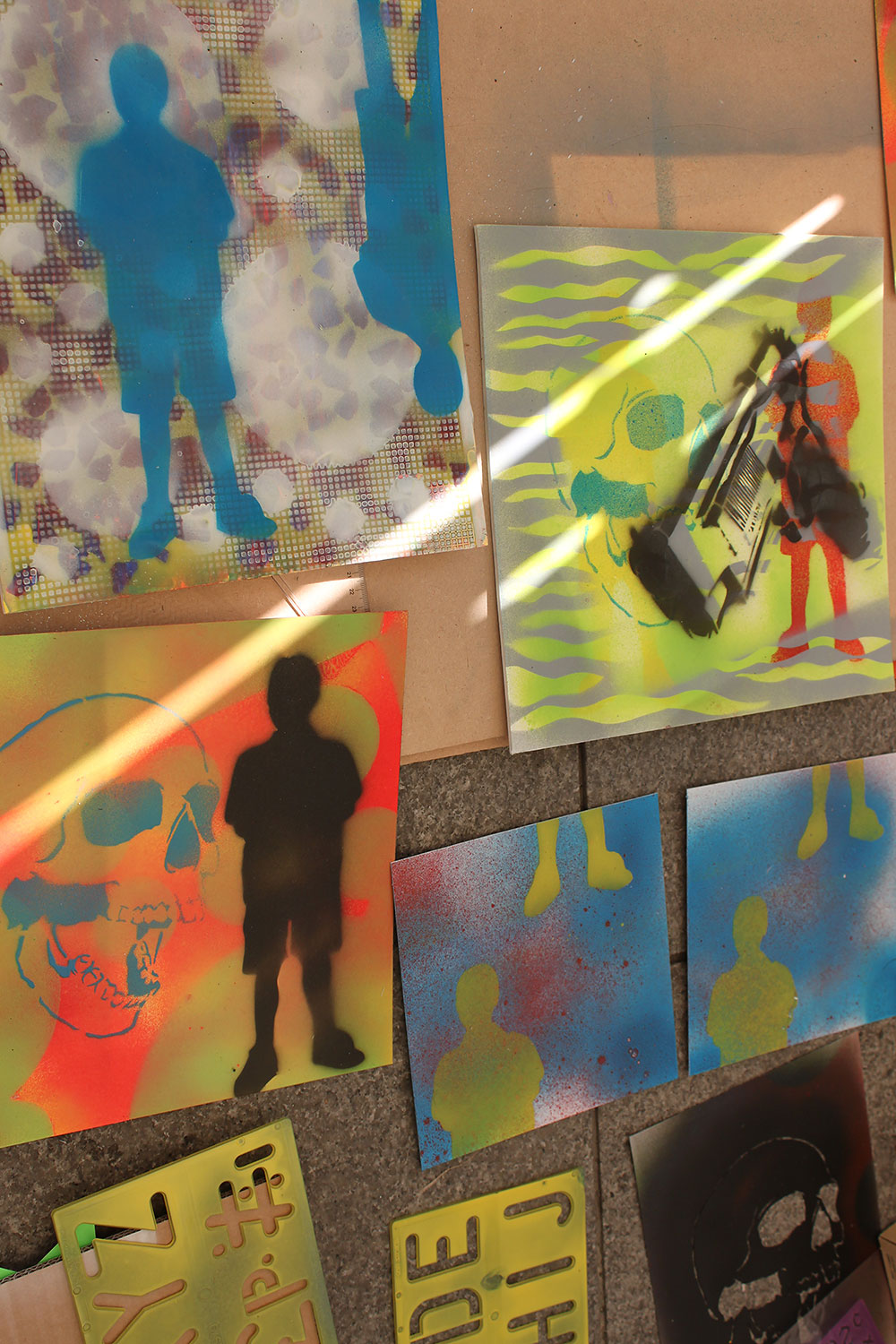 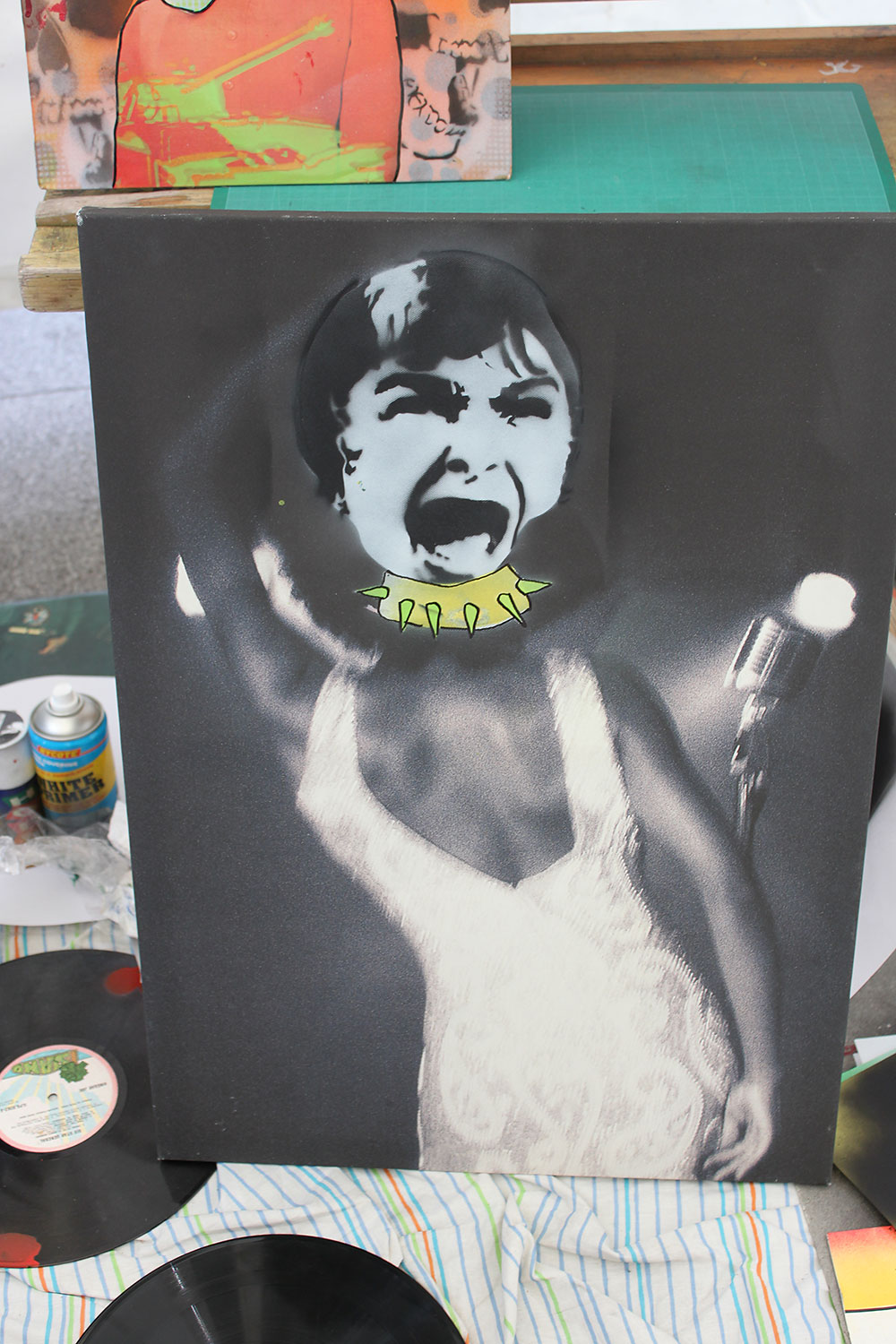 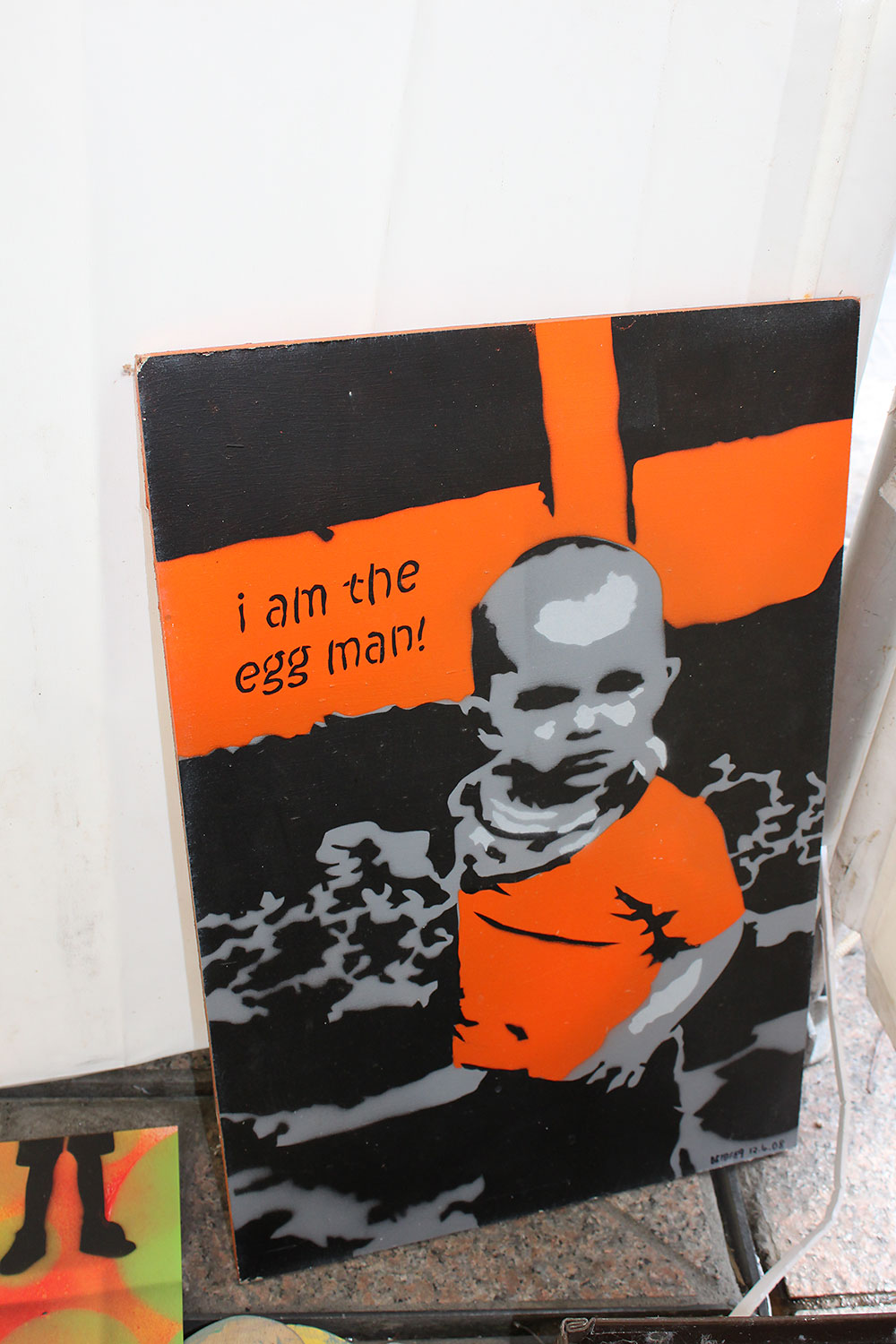